Patrick Mackay Named President of TRF’s Board of Directors 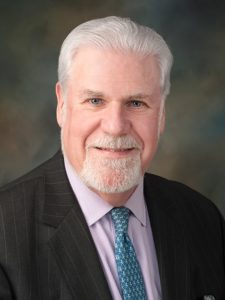 SARATOGA SPRINGS, N.Y. — Patrick H. Mackay has been elected President and Chairman of the Thoroughbred Retirement Foundation by the organization’s Board of Directors at their annual meeting August 8, 2017 in Saratoga Springs. Mackay succeeds Lenny Hale, who served as TRF’s Chairman, CEO and President since 2016 and stepped down due to health reasons. Hale will continue to serve as a member of the organizations board. Additionally, John P. Roche, who has been the TRF’s Chief Financial Officer and Chief Operations Officer, has been named Chief Executive Officer by the Board of Directors.

Mackay is a senior sales consultant and associate broker with Daniel Gale Sotheby’s International Realty, to which he sold his own Long Island real estate firm, Piping Rock Associates.  He has owned and raced Thoroughbreds all over the world. He also has a long history of involvement with non-profits, particularly those that aid children. He is a board member of the Belmont Child Care Association, which tends to the children of backstretch workers at Saratoga Race Course, Belmont Park and Aqueduct Racetrack. He also serves on the Boards of Grenville Baker’s Boys and Girls Club in Locust Valley, NY and The North Shore Land Alliance.

“I look forward to working towards making the TRF the leader in Thoroughbred aftercare once again,” Mackay said. “We will be making every effort to expand our appeal to younger and more diverse groups beyond the Thoroughbred industry.”

Elected to the TRF Board for the first time is Stephanie Nixon, president of TRF’s Second Chances Program at the James River Correctional Facility. Nixon manages her family’s Horseshoe Hill Farm in Ashland, Va. Also elected to the board is Don Place, chairman of the board at TRF’s Montpelier, Virginia farm and Larry Holmes founding partner of the Columbia Consulting Group. He has extensive knowledge, experience and background in executive level recruitment and has been recognized as one of “the top Recruiters in the U.S” 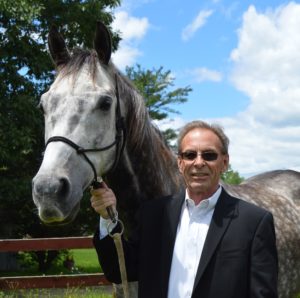